Born in 1961 in Bad Kreuznach. He studied economics at Johannes Gutenberg University Mainz. He graduated in economics.

From 1989 to 1994, he held various commercial roles at a number of sites for AEG/Daimler-Benz Group.

From 1994, he worked in various managerial roles at semiconductor manufacturer Atmel, such as commercial manager/CFO at the production site in the Philippines. Finally, we was a member of the Management Board at the Heilbronn site with overall commercial responsibility for all companies based in Germany and for a division of the Atmel Group.

Since October 2008, he has been Managing Director of Finance and Controlling at the ebm-papst Group. 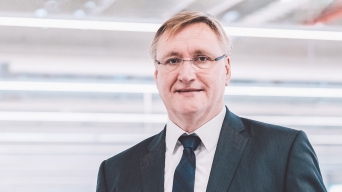